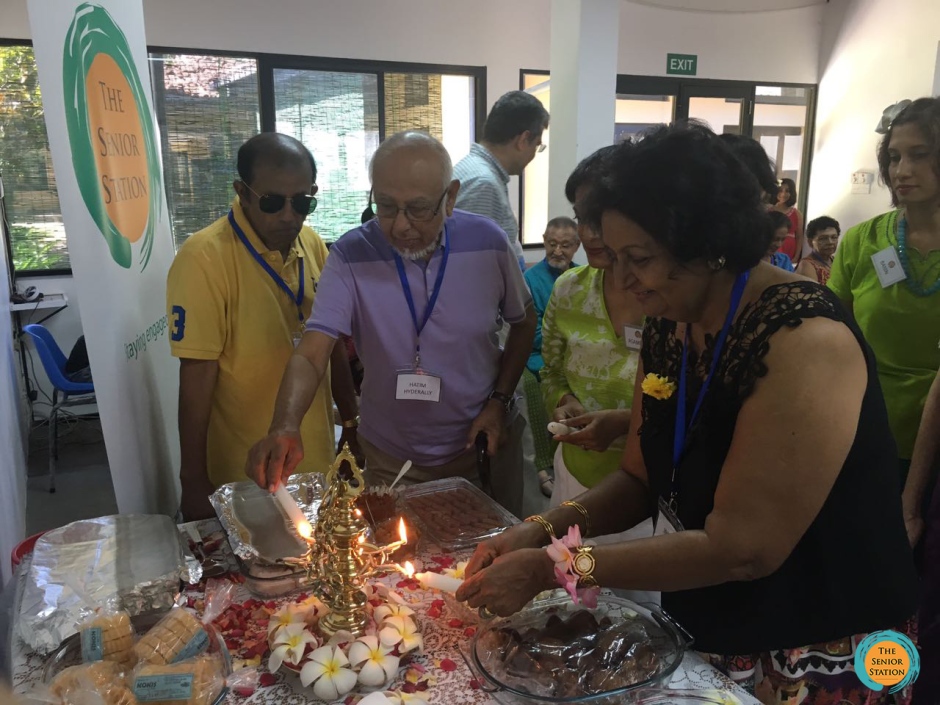 Suba Aluth Avurudak wewa was the chant on everyone’s lips as we started our special celebration for the Sri Lankan New Year. Two little girls Anasha and Zainab paid tribute to all the elders by greeting them with a bulath leaf. Then Nihal , Shiela , Hatim, and Indrani who have attended almost every session of The Senior Station lit the traditional oil lamp on behalf of all the other members.
Now it was time for the session to begin. Our usual exercise session took an upbeat note with some baila music. Sheila cannot be held back when there is music. She soon took to the floor with her incredible dance steps and had other members shaking a leg too.
We had special Avurudu games lined up for today – A jumble word quiz with a twist, because the answers were names of traditional Avurudu foods. Teams then had to send in their representatives for the bun eating competition and pin the tail to the donkey quest. There were hoots and cheers in the air as the teams battled it out.
There was a challenge from the members for The Senior Station organisers to also play the pin the donkey game. Shahnaz was blind-folded and put to the task. Little did she know that the cheeky members turned the donkey upside down and she ended up pinning the tail to the donkey’s hoof.
The last challenge for the day was a garland making competition; and while the creative hands were at work, Farook, Claude, Raja, Nilhan, Indrani and Shiela made the tables their drums and regaled us with lovely folk songs. In the midst of laughter and song our Avurudu Kumarayas and Kumari paraded the beautifully crafted garlands for all to see.
After all that fun and frolic everyone indulged in kiribath, hakuru, kokis, konda kavum and many other delicious Avurudu treats which were all beautifully laid out. The Senior Station will close till May 8th 2018. But what lovely memories to take with us through the holidays. 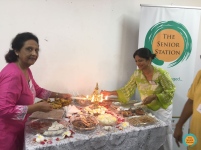 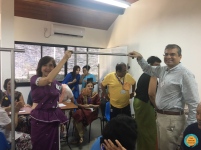 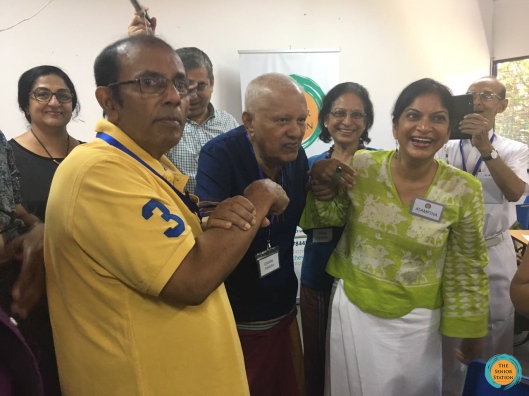 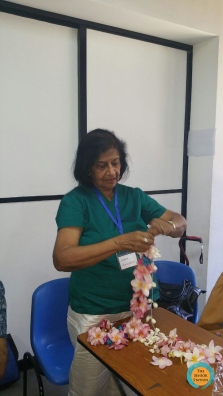 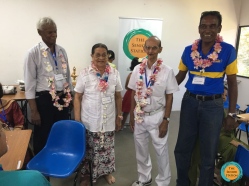 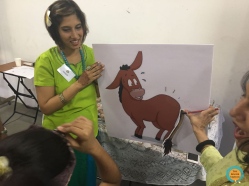 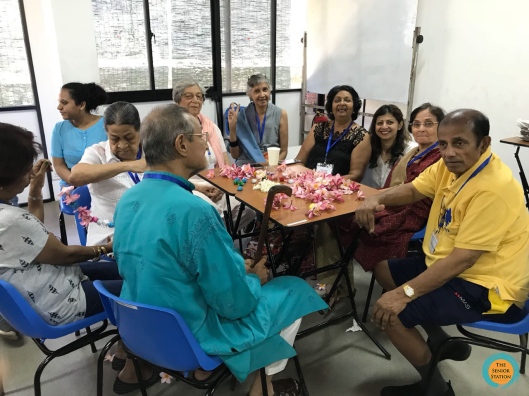 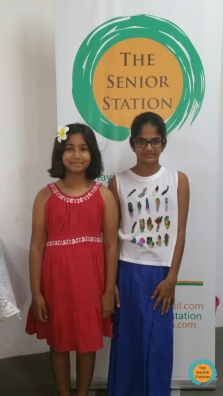 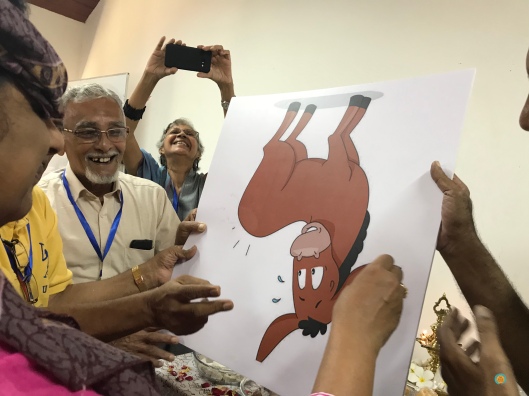 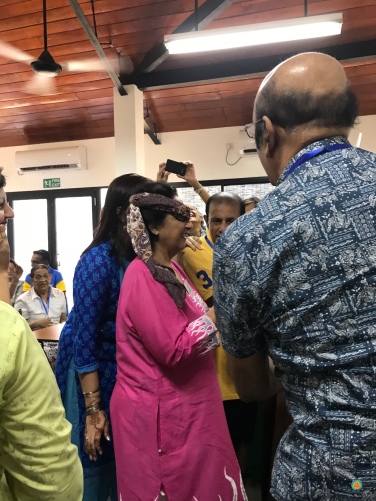 All the contents (text and photos) of this blog are the property of The Senior Station. Please refrain from copying and material from this blog without recognition to the author and link to the source on www.theseniorstation.com
Loading Comments...
%d bloggers like this: